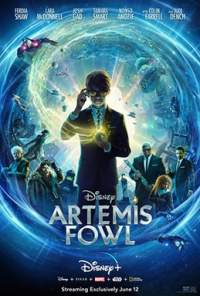 Trust Disney to turn an origin tale of a criminal mastermind into a wholesome father-son fable. But that is exactly what the Mouse House has done to Artemis Fowl, I would assume (and hope) to the sounds of director Kenneth Branagh’s protests.

In their attempt to make up for the decade that the film has been stuck in development hell — a decade in which the source novels’ fanbase has obviously outgrown its love for the books — Disney and Branagh have taken the decision (perhaps jointly, perhaps not) to retool the movie into a more generic experience. This way, they might have thought, the film could appeal to kids who might never have heard of Artemis at all.

Often described as ‘Die Hard with fairies’, the Artemis Fowl books were a refreshing alternative to the Harry Potter series — almost recklessly infatuated with their anti-hero protagonist, and very, very funny. But Artemis Fowl, the movie, barely resembles writer Eoin Colfer’s novels, and such is the vehemence with which it alters key details that I’m forced to wonder, as a fan of Colfer’s books, if Branagh and Disney even liked them in the first place.