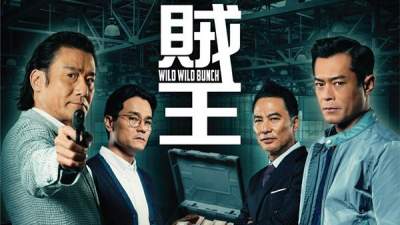 There’s a little bit of fun to be had watching four of Hong Kong’s best actors go through the motions in this intermittently entertaining crime thriller. But for anyone who cherishes the care and attention that 2017’s hit Chasing the Dragon has put into bringing the real-life drug lord Crippled Ho – and the old Hong Kong setting – to life, this half-hearted attempt to revive another criminal is bound to disappoint.

Best known for kidnapping and blackmailing two of Hong Kong’s richest tycoons in the 1990s (the episodes are very briefly recreated here), the notorious ‘Big Spender’ Cheung Tze-keung certainly had the legacy to inspire any filmmaker with a vivid imagination; in fact, a version of him was most recently portrayed by Jordan Chan Siu-chun, in the 2017 Hong Kong Film Awards best picture Trivisa .

In this film, however, the flamboyant mobster, renamed Logan Long and played by the formidable Tony Leung Ka-fai, isn’t even the lead character of his own story. That would be the fictional Hong Kong policeman and explosives specialist Sky He (Louis Koo Tin-lok, also playing a mole in the recent P Storm ), who is urged by his buddy, Inspector Li (Simon Yam Tat-wah), to go undercover and infiltrate Long’s syndicate in Guangdong.