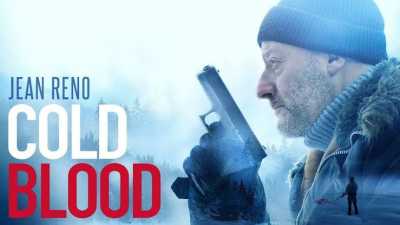 Not so much reprising a famed role as he is tiredly schlepping it back up onscreen, Jean Reno once again plays a hitman — and one who really should retire by now — in French director Frédéric Petitjean’s generic English-language thriller, Cold Blood Legacy.

Well-shot (by Luc Besson regular Thierry Arbogast) but otherwise entirely forgettable, this tale of a hired gun crossing paths with a female fugitive is a dumbed and watered-down version of better, similar movies Reno has done before, especially Besson favorites like

La Femme Nikita and Leon: The Professional. Released theatrically by Paramount in France, where the 70-year-old star can still draw a marginal crowd, this is the kind of B-grade effort that will pop up in the SVOD algorithm of anyone who likes their action flicks served cold and without much flavor.

Per the closing credits, the film was made in the Ukraine, New York and Canada, which is something immediately evident from the mishmash of accents, locations and off-base dialogue peppering a story (written by Petitjean) that works best when none of the characters open their mouths

In fact, the dialogue is so bad in places that you just wish the film were silent. (Example involving two detectives: “Do you have that in NY?” “What?” “Netflix.” “Believe me man, in NY homicide you don’t need Netflix.”)