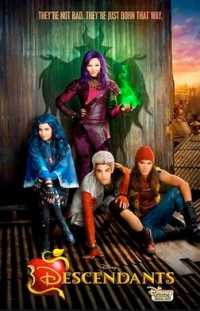 Lacking the over-the-top adventure of its predecessor but still qualifying as an improvement over the first entry, Descendants 3 ends this colorful and gee-whiz charming fantasy saga on a relatively high note. The film unabashedly confronts the issues that have been bubbling under the surface since the first installment, with our protagonist Mal (Dove Cameron) flirting with villainy not through malice but through a desire to do what is right. After all, if you truly embrace the film’s nurture >> nature philosophy, then there is no just cause to keep half the populace living on the “bad side” of the kingdom.