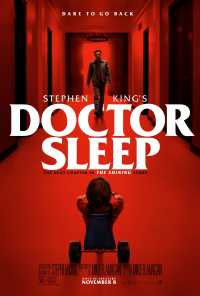 Mike Flanagan’s “Doctor Sleep” connects the visions of Stephen King and Stanley Kubrick with his own style, made most popular in Netflix’s “The Haunting of Hill House.” It is an often effective blend of the three as it’s forced to pay more homage to Kubrick’s vision than

King was in his book, which served purely as a sequel to a novel that the filmmaker had drastically changed when he adapted it in 1980. Flanagan was tasked with making a sequel to a film that stays loyal to a book that ignores the changes made in the first movie.

That ain’t easy. Different characters are in different places at the end of the book and film versions of “The Shining,” and Flanagan has to tie the two together. For example, King’s original book ends with the explosion of the Overlook Hotel. We all know that Kubrick’s

The Shining” does not. And while one can sometimes feel Flanagan struggling to satisfy both King and Kubrick fans when he really should be trusting his own vision, he’s talented enough to pull off this difficult blend of legacies.