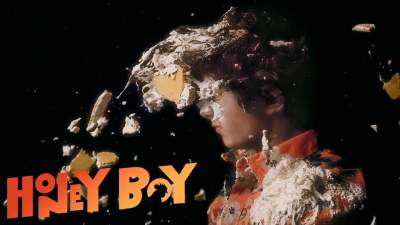 Written by Shia LaBeouf, and based on his own early life, this open-sore autobiography feels like the missing piece in the puzzle of this frequently brilliant, invariably self-jeopardising actor. LaBeouf barrels through the film playing his own loose-cannon father, stringy-haired and strung out, a failed rodeo clown who is determined that his son Otis (played by the remarkable Noah Jupe as a child, and Lucas Hedges as a furious porcupine of a young man) will achieve the success he never achieved.

There’s a sweaty, unwashed quality to the cinematography in the flashbacks to Otis’s early life, split between film sets and a flyblown motel hunkered down between a freeway and a junkyard. These are not idealised memories. Documentary film-maker Alma Har’el (Bombay Beach) captures the precarious scramble of life on the periphery with unflinching honesty. The one jarring note in an otherwise persuasive portrait of Otis’s world is the distracting casting of FKA Twigs as a gauche sex worker who befriends him.