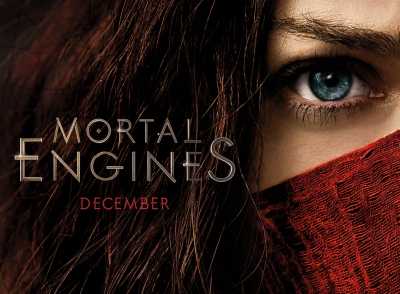 Mortal Engines is a 2018 post-apocalyptic adventure film directed by Christian Rivers and with a screenplay by Fran Walsh, Philippa Boyens and Peter Jackson, based on the novel of the same name by Philip Reeve, and starring Hugo Weaving, Hera Hilmar, Robert Sheehan, Jihae, Ronan Raftery, Leila George, Patrick Malahide, and Stephen Lang. An American-New Zealand co-production, the film is set in a post-apocalyptic world where entire cities have been mounted on wheels and motorised, and prey on one another.

Jackson purchased the rights to the book in 2009, but the film languished for several years before being officially announced in 2016. Jackson brought on several members of his production teams from the Lord of the Rings and Hobbit film series’, and filming took place from April to July 2017 in New Zealand.