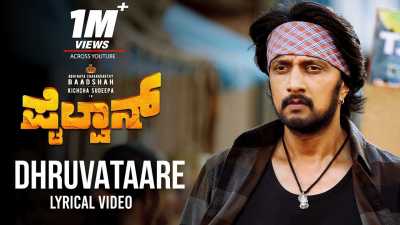 There is nothing new to Sudeep’s Pailwaan, directed by S Krishna. The film is a pretty straightforward, cliched, and simplistic star-vehicle that strives to check all the boxes of a stereotypical commercial film.However, the film falls short of becoming a disaster, and that credit goes to Sudeep and his engaging fight sequences.

When we are introduced to Krishna (Sudeep), he is just a skinny kid, who is seen punching above his weight, literally. He takes down three big boys to win a bet that would get him some food for his poor and hungry friends. This moves Sarkar (Suniel Shetty), a local wrestling coach, who is looking to create an international champion. Sarkar takes Krishna under his wing, and he grows into an unbeatable wrestling beast with a good heart.

Sarkar wants Krishna to follow him and take up a life of celibacy until he becomes a champion. But Krishna falls for Rukmani (Akanksha Singh) and marries her. This ends up with the father/mentor asking his son/protege to not use the skills he acquired through his teaching. So, Krishna and Rukmani go into exile. The film could have then just been all about the reconciliation of the father and son, and protege making his mentor proud. But there are too many subplots in Pailwaan and none helps the film.

There is an interlude involving a one-dimensional villain, Raja Rana Pratap Varma, played by Sushant Singh. Pratap Varma, hailing from a royal family, still thinks of himself as a king. The hero beats him in the ring. The humiliated royalty is looking for revenge.