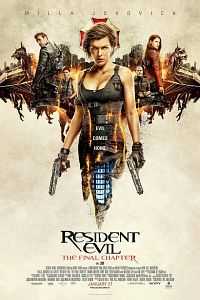 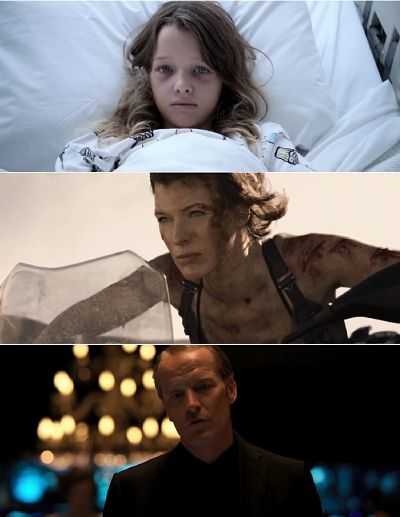 The human race’s last hope against apocalyptic obliteration is super soldier Alice (Milla Jovovich), but she’s been stripped of her psychic powers. She must form alliances and rally survivors in Raccoon City for the climactic battle against the Umbrella Corporation and its ravenous hordes of the undead. This sixth installment of the video game-inspired franchise is directed by Paul W.S. Anderson (AWP: Alien vs. Predator).
The T-virus unleashed by the evil Umbrella Corp. has spread to every corner of the globe, infesting the planet with zombies, demons and monsters. Alice (Milla Jovovich), a former Umbrella employee turned rogue warrior, joins her friends on a last-chance mission to storm the company’s headquarters located deep underneath what used to be Raccoon City. But the Red Queen (Ever Anderson) knows that Alice is coming, and the final battle will determine if the rest of mankind lives or dies. Reasonably entertaining but hectic (supposed) finale for the up-and-down series. The Final Chapter meets the standard for mindless thrills set by the previous Resident Evil films, ending the series on more of a shrug than a bang