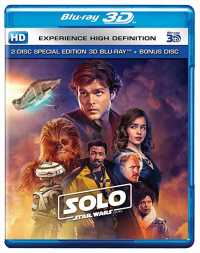 Solo: A Star Wars Story, or simply Solo, is a 2018 American space Western film about Han Solo, a character from the Star Wars franchise. The film is directed by Ron Howard and produced by Lucasfilm, from a screenplay by Jonathan and Lawrence Kasdan. It is the second of the Star Wars anthology films, following 2016’s Rogue One. A stand-alone installment set between the events of Revenge of the Sith and A New Hope, it explores the adventures of younger versions of Han Solo and Chewbacca, who also meet a young Lando Calrissian. The film stars Alden Ehrenreich as Han Solo, alongside Woody Harrelson, Emilia Clarke, Donald Glover, Thandie Newton, Phoebe Waller-Bridge, Joonas Suotamo, and Paul Bettany.