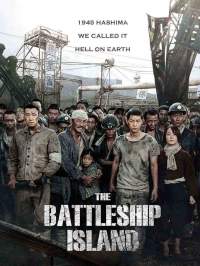 Upon its recent release, the film already impressively sold over 6 million tickets in Korea alone. This obviously has a lot to do with the cast and story, but it also has to do with director Ryu Seung Wan, who directed the hit movie “Veteran” as well. He worked especially hard to bring this important part of history to life.

This film is based on historical events that happened during the Japanese colonization, where 400 Koreans were assigned to work as forced laborers on a remote island called Hashima Island. Hwang Jung Min plays Lee Kang Ok, the leader of a band with a daughter named So Hee (played by Kim Soo Ahn). He mistakenly gets put on the ship that is taking all the forced laborers to the island. On this ship, there is a well-known gangster by the name of Choi Chil Sung (So Ji Sub) and a slave named Mal Nyeon (Lee Jung Hyun). All of these characters get to the island and are forced to be conscripted laborers in a coal mine. They face various challenges from the Japanese, who are running the island. Song Joong Ki also stars in the film as Park Moo Young, a freedom fighter who gets sent to the island a bit later on in the film. He gets tasked with a mission to rescue one of the members of the Korean Independence Movement and is to rescue him alone.