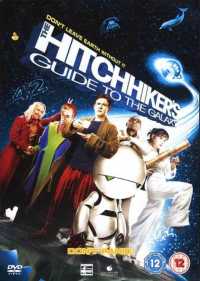 The Hitchhiker’s Guide to the Galaxy is a 2005 British-American science fiction comedy film directed by Garth Jennings, based upon previous works in the media franchise of the same name, created by Douglas Adams. It stars Martin Freeman, Sam Rockwell, Mos Def, Zooey Deschanel and the voices of Stephen Fry and Alan Rickman. Adams co-wrote the screenplay with Karey Kirkpatrick but died in 2001, before production began; the film is dedicated to him. The film grossed over $100 million worldwide.