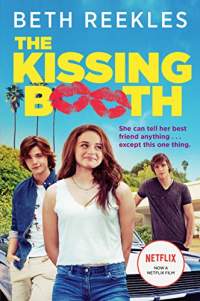 The seemingly fluffy rom-com is rife with sexist rhetoric, casual slut-shaming, and a “bad boy” lead who never met a put-down (or a punch) he didn’t like.

Netflix might be trying to corner the market on big-budget spectacles from some of Hollywood’s hottest names — from the $90 million “Bright” to its multi-picture deal with Adam Sandler and Martin Scorsese’s much-hyped “The Irishman” — but the streaming giant has quietly planted its stake in a less ambitious place: romantic comedies. So far this year, Netflix has released six original films that are classified as rom-coms, with at least three more on the way before the year closes out. And it’s on to something here: 2017’s “A Christmas Prince” was such a smash hit for the outfit that it has already prepped a holiday sequel.

Netflix’s newest hit-in-the-making, “The Kissing Booth,” is kicking up similar attention. Unfortunately, the high school-set rom-com is a sexist and regressive look at relationships that highlights the worst impulses of the genre. Netflix isn’t new to the sub-genre of teen rom-coms, and it has already succeeded with other picks. Later this month, Craig Johnson’s delightful “Alex Strangelove” will arrive on the streaming service, and last month saw the introduction of Olivia Milch’s “Dude,” a female-driven comedy in the vein of other raunchy features like “Bridesmaids” and “Mean Girls.