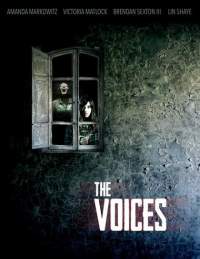 The Voices is a 2020 American horror feature film about a troubled young woman seeking sanctuary at a remote family home only to question her own sanity.

After a devastating breakup with her fiancé (Brendan Sexton III), Grace Crawford (Amanda Markowitz) seeks sanctuary at a remote family home. Grace has a bizarre encounter with a mysterious stranger (Lin Shaye) before arriving at the house, which is now occupied by her sister, Catherine (Victoria Matlock).

At first, it’s a happy reunion, but soon it becomes clear that Catherine is suffering from paranoid schizophrenia, much like their late mother, who had taken her own life. While coming to terms with this realisation, Grace uncovers a terrible secret about Catherine’s estranged daughter and begins questioning her own sanity.